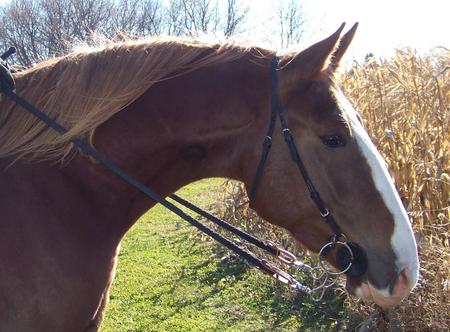 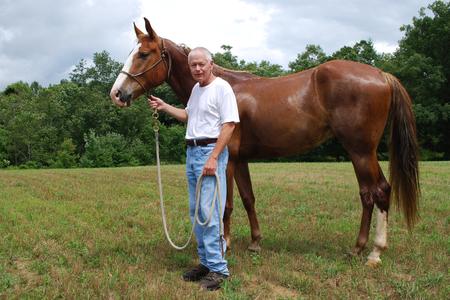 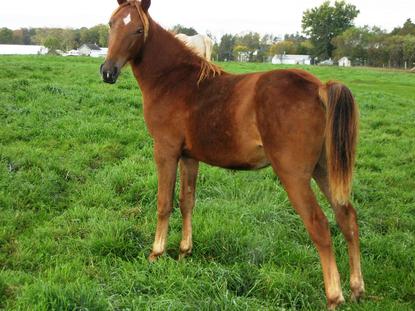 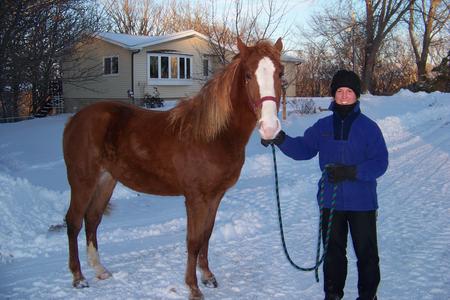 YEARLINGS & OTHERS FOR SALE

NFF Hawkeye Taylor with his owner, Neal McPaul. Hawkeye is a full brother to Solly 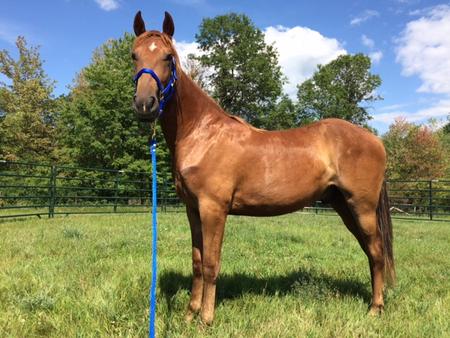 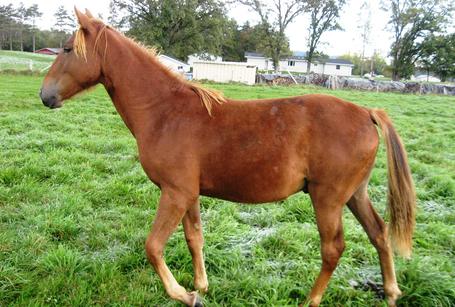 Our first Duke foals are growing up now and will be five years old this spring. Take a look at Duke's page on this site - I got a real treat in November 2011 when Sharon Proulx contacted me with photos of her horse, Martin's Society General, who was Duke's first son. General is all grown up now and is a lovely horse, he is on Duke's page!!!!

NFF Society's Soolaimon sired by Society's Duke Allen, out of Krispy Cream. This is Kris's last foal. He was born August 14, 2015 and if he grows as big as his two full brothers, he will be 16+ hands tall. "Solomon"  is a gelding and nicely gaited, nice colt!  Check out the pictures of his full brothers if you want to see how he will grow up. Hawkeye was still growing in the photo below and is a bit butt high here.  Solomon has been sold to a nice lady near Cadott, WI!!!! Congratulations, Celena!! and thank you for the photo below!

NFF Society's Cadillac Jack, full brother to Solly shown at age 4 and  as a yearling with   his owner, Sheila Franck, on the right